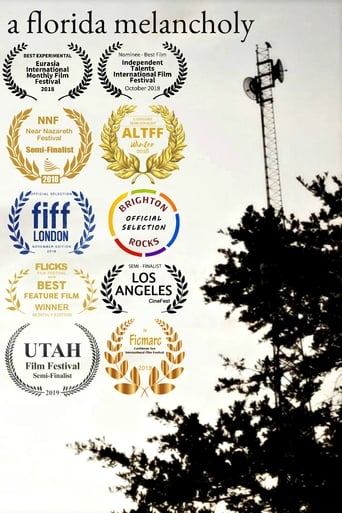 At the beginning of the summer of 2018, filmmaker Eli Hayes, who has been struggling with depression for his entire life, fell deep into the inky chasms of the disease. Days later, Hayes was called down to Tallahassee, Florida for a job opportunity. While in Florida, the despondency grew more severe and eventually took complete control of his psychological well-being. Over the course of the summer, good days would occur sparsely and sporadically; on these days, Hayes would bring his camera outside to film the beauty of his environment, despite knowing full well that the dejection would soon return. "A Florida Melancholy" is a landscape film of emotional survival, comprised of the footage that Hayes shot while in Florida throughout the darkest season of his life, during which all that he could rely on for hope & direction were his camera, and his surroundings.